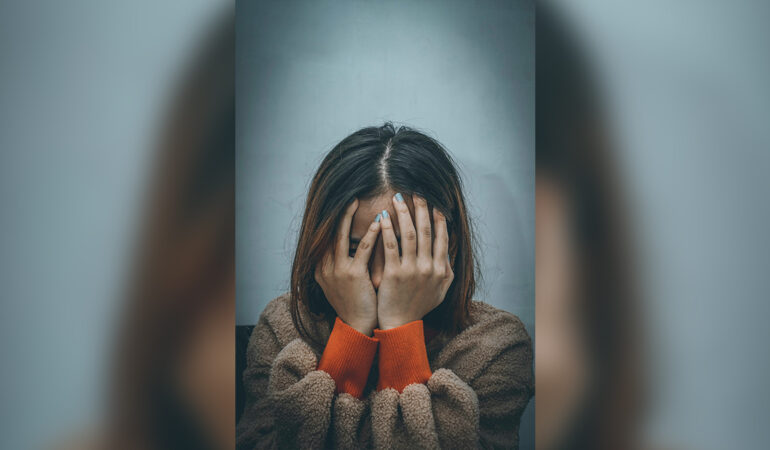 Feeling Better in the End Times

“Turn to the Book of Revelation,” the pastor calls to the congregation and a strange queasy feeling permeates the room as thin pages rustle to an oft untouched portion of their Bibles. The strange images and deep symbolism of the End Times knock gaping jaws to the floor with awe and wonder along with fear and uncertainty. To some, the End Times are a distant future of terrible tribulation that is best left untouched. To others, the immediacy of the End Times is so tangible that you could almost feel its breath on your skin. From the First Century, Christians have believed that they are living in the End Times, wondering when Jesus would return. Almost 2,000 years later, we are closer than ever to that glorious day, but how much closer is close? 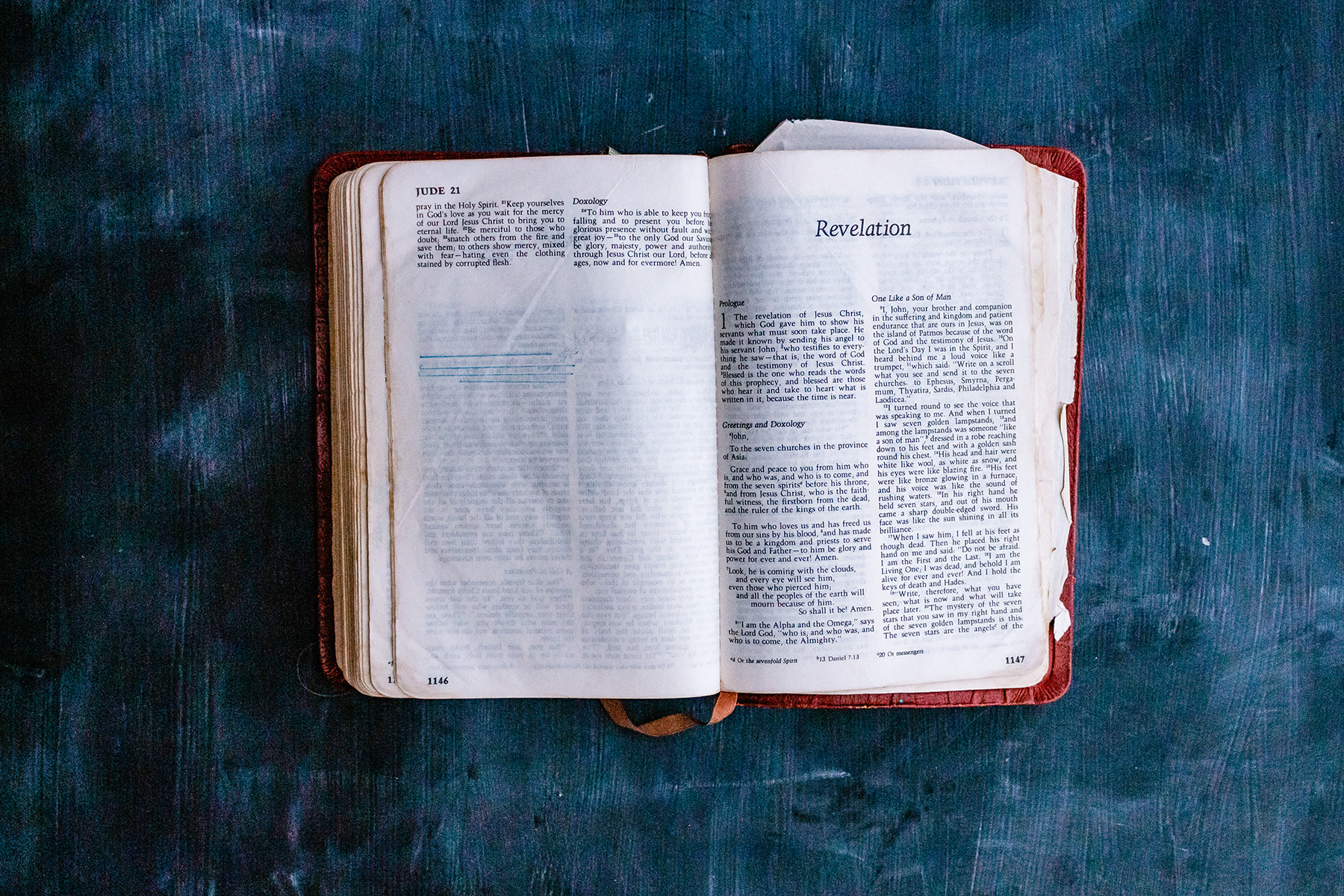 As a pandemic ravages the world, bringing the death toll to unprecedented levels, and political unrest turns peaceful protests into violent bloodbaths, the inevitable question comes, “Is the end drawing near?” Fundamental biblical standards of morality that have stood as societal pillars of right and wrong are being tackled down at all levels of government with the Left rapidly gaining territory. Where murder used to be the topic of discussion in the courthouse, it is now the function of the medical community, terminating the lives of the unborn, the elderly, and now, even the unhealthy and unstable. Where God had “created man in his own image… male and female he created them,” (Genesis 1:27, ESV) people have trampled underfoot God’s creation and irreverently redesignated gender identity and sexual orientation. It is evident that all of creation is in a state of utter chaos and the outlook appears grim. 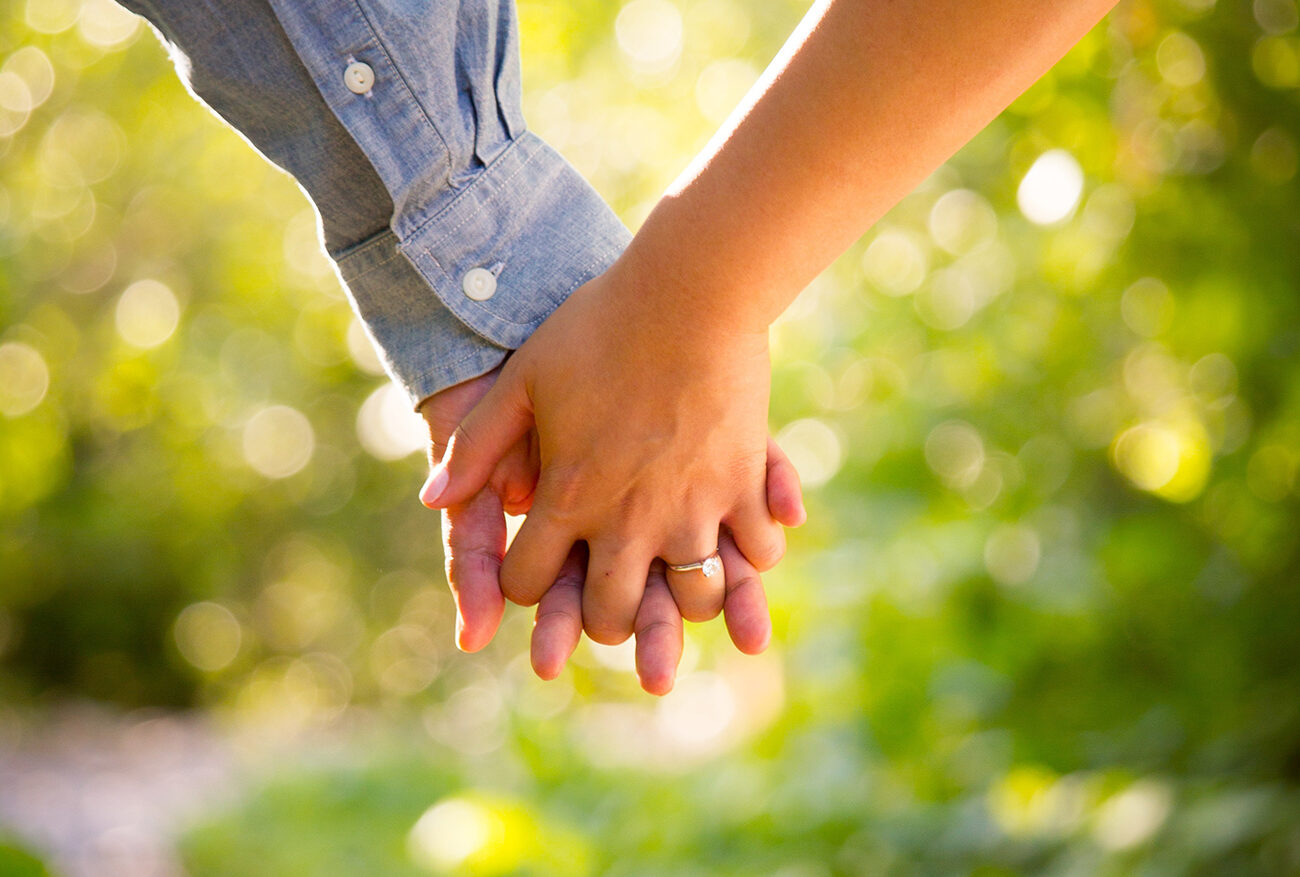 The Apostle Paul describes it beautifully in Romans 8:22, “For we know that the whole creation has been groaning together in the pains of childbirth until now,” agonizing through this seemingly endless deterioration from God’s perfect design while longing for the return of Jesus Christ in glorious and triumphant victory. The unfathomable turmoil of a chaotic world is fertile ground for breeding depression when hope seems lost in this fallen world. Furthermore, fear and anxiety are the natural human responses to the threat of a bleak and uncertain future. Where do people turn when the world seems to be heading down the path of destruction? 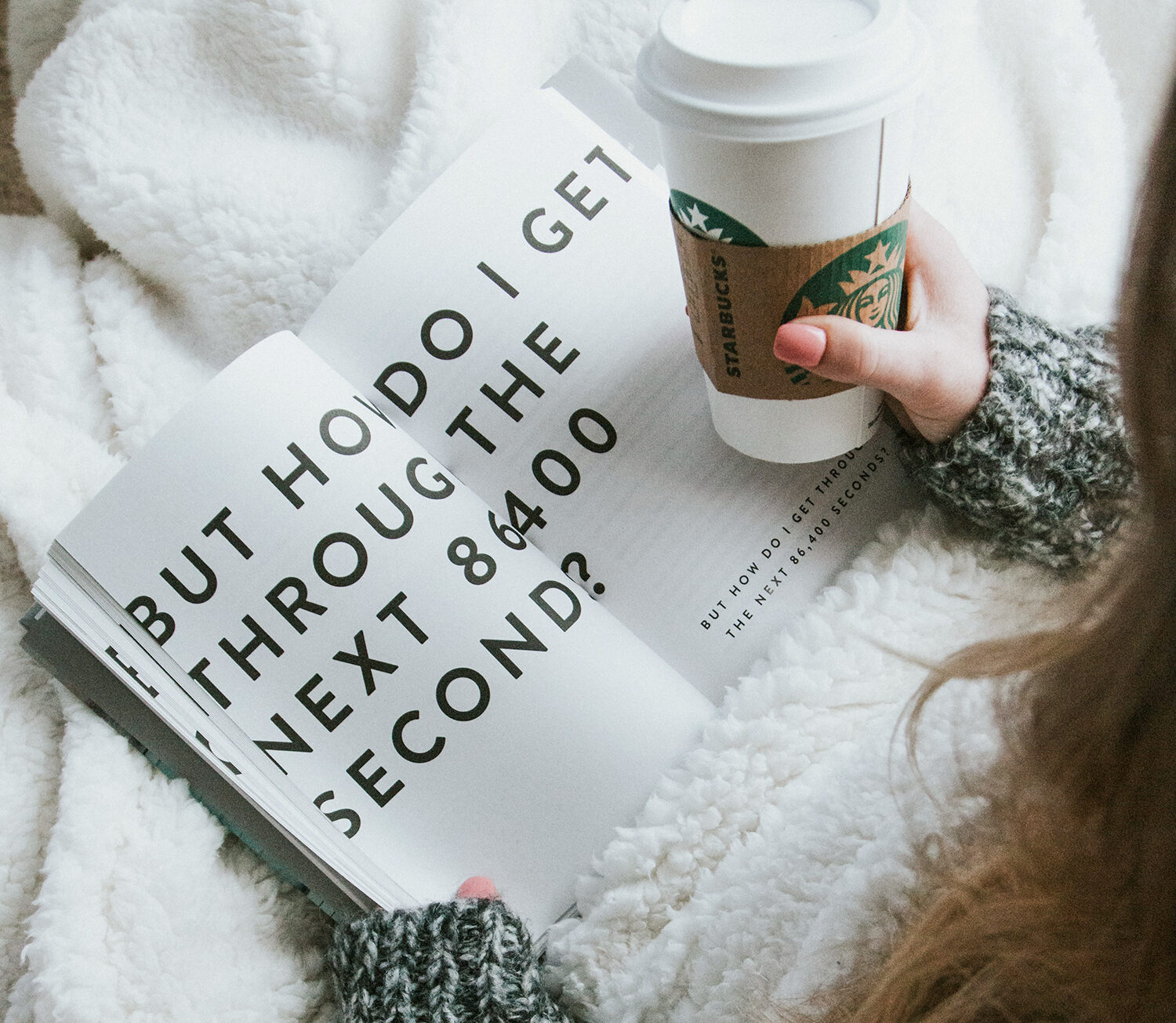 Popular psychology and self-help resources encourage people to discover methods to feel better and gain a better sense of control. The purpose is two-fold: to achieve better mental health through how one thinks and feels, and to improve emotional resilience against the unknown. Although these outcomes are properly desirable, the method through which these are achieved can be problematic and even outright dangerous. For example, Cognitive Behavioural Therapy (CBT) is a common theory of counselling utilized in professional practice to help individuals shift the way they think and how they act, thereby altering their beliefs and emotions. This can have a profound effect depending on how it is utilized. If the goal of therapy is merely to feel better, shifting toward faulty beliefs and creating an alternative reality could achieve that goal, but at the expense of truth. In fact, many people choose to believe in lies because it makes them feel better. Consider the various cults of Christianity that declares a false concept of reality where sin, sickness, and death are denied as non-existent and fabrications of the mind (Scientology), or the faulty belief that everyone will be saved regardless whether you believe in Jesus Christ or in any other religious system (Universalism), or the message that declarations of faith can eradicate sickness and bring great prosperity (Word of Faith movement). Although belief in such concepts may be helpful for feeling better momentarily, the inherent lies will result in a life poised at destruction. Feeling better simply cannot be the primary goal of Christians who are struggling with the psychological effects of present circumstances. The centrality of biblical truth ought to be carefully upheld regardless what form of therapy is employed in the process toward better mental health and well-being. 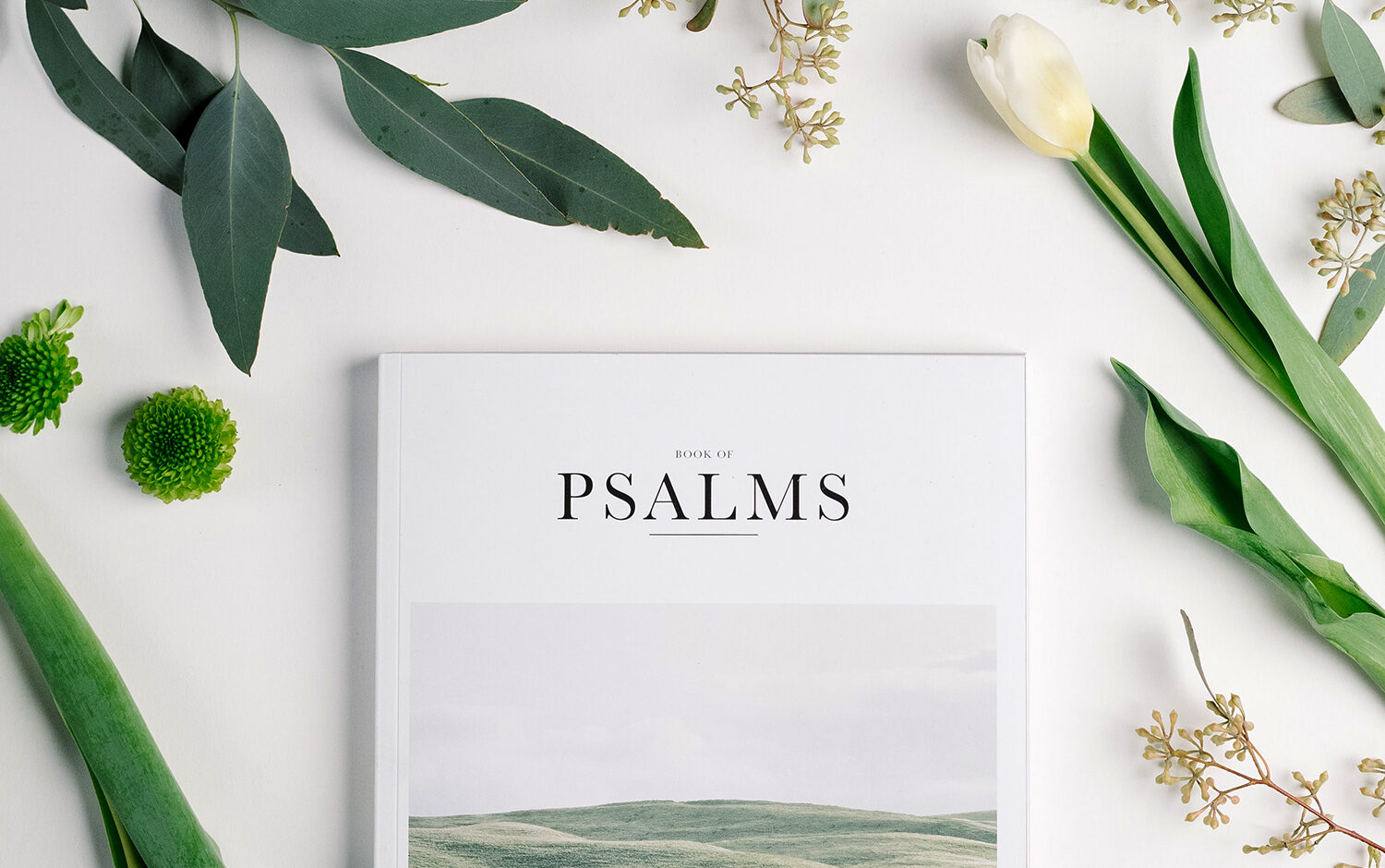 A psychological concept that was proposed more than half a century ago examined the effects of a person’s perceived control over a given situation. Those who exhibited an external locus of control typically attributed the cause and control of a situation to an external source resulting in a lower sense of security and greater helplessness. In contrast, people with an internal locus of control had higher resilience and better emotional stability in difficult circumstances due to the perception that they had an influence in determining their outcomes. From a purely secular psychological perspective, it seems evident that helping people shift towards an internal locus of control ought to be the strategy of choice. However, the problem with this direction is that it ignores the Scriptural truth that God is sovereign over all creation and humans really do not have much control. Consider these words of wisdom, “The lot is cast into the lap, but its every decision is from the LORD” (Proverbs 16:33) indicating that God has finite control of even the smallest elements that seem so mundane and are left to chance. Earlier in the same chapter we read that “The plans of the heart belong to man, but the answer of the tongue is from the LORD.” (Proverbs 16:1) and “The heart of man plans his way, but the LORD establishes his steps.” (Proverbs 16:9) Alternatively, James says, “you do not know what tomorrow will bring. What is your life? For you are a mist that appears for a little time and then vanishes.” (James 4:14). The contrast is clear: God has control, and people do not; so, how does this fit into the locus of control? Rather than people having a perceived sense of control, the absolute knowledge that a greater, more powerful, and loving God is actually in control provides an even stronger sense of security than what can be found with an internal locus of control. This is why the Apostle Paul explains that people ought to bring their cares and concerns to God in prayer which leads to “the peace of God, which surpasses all understanding” (Philippians 4:7). Jesus himself declares that because he has overcome the world, even though we will face tribulation, we can have peace in him (John 16:33). The peace that Jesus gives through the Holy Spirit is extraordinary and supernatural, unfathomable and irreplaceable by human efforts (John 14:27). God’s invitation to us is simple: surrender control over to him instead of trying to grasp at a false sense of control over your circumstances. 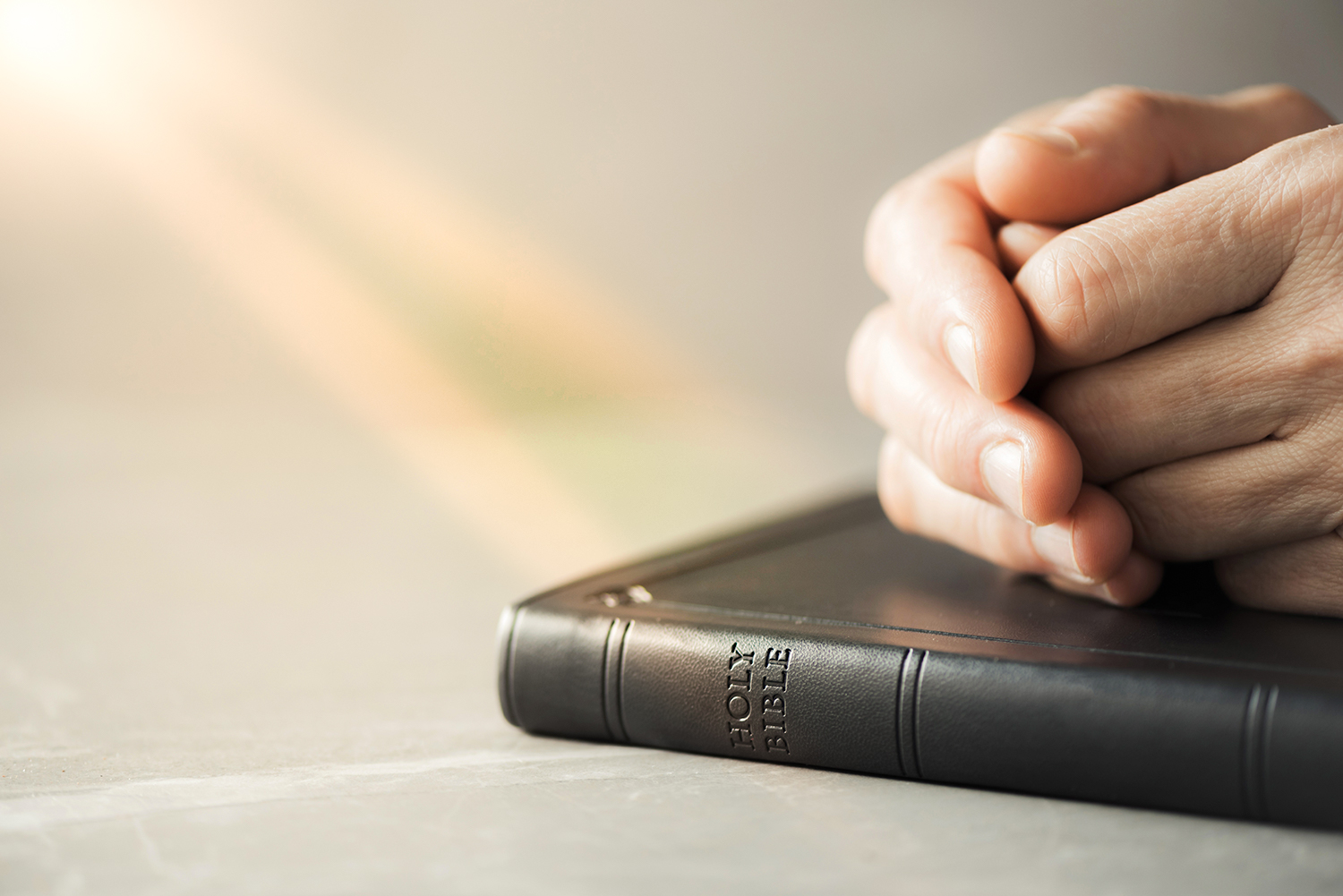 Evidence-based therapies in the realm of psychology are incredibly useful and serve as robust strategies for working through various emotional and relational difficulties. Christians seeking to alleviate negative feelings about a variety of issues can benefit from engaging in regular counselling. However, with the rapidly deteriorating moral condition of our world, we can choose to focus inwardly and prioritize feeling better, or we can expand our horizons to encapsulate the dire needs of the people around us. The world does not primarily need to feel better in the midst of a ravaging pandemic and violent political unrest; it needs the gospel of Jesus Christ. Feeling better is good, but having Jesus is better. When considering the End Times that we are situated in and the imminence of Jesus’ return as Judge, no psychological remedy will be sufficient for alleviating the suffering from the wrath of a Righteous God. The only way to feel better in that moment is the declaration from the Judge that we are not under condemnation because the gospel penetrated our hearts and the blood of Jesus Christ covers our sins. Friends, if you are struggling in these End Times, I encourage you to seek the counselling support and pastoral care that you need, because the world needs an emotionally healthy you to tell them about the only remedy that will help them feel better for eternity – the gospel of Jesus Christ. 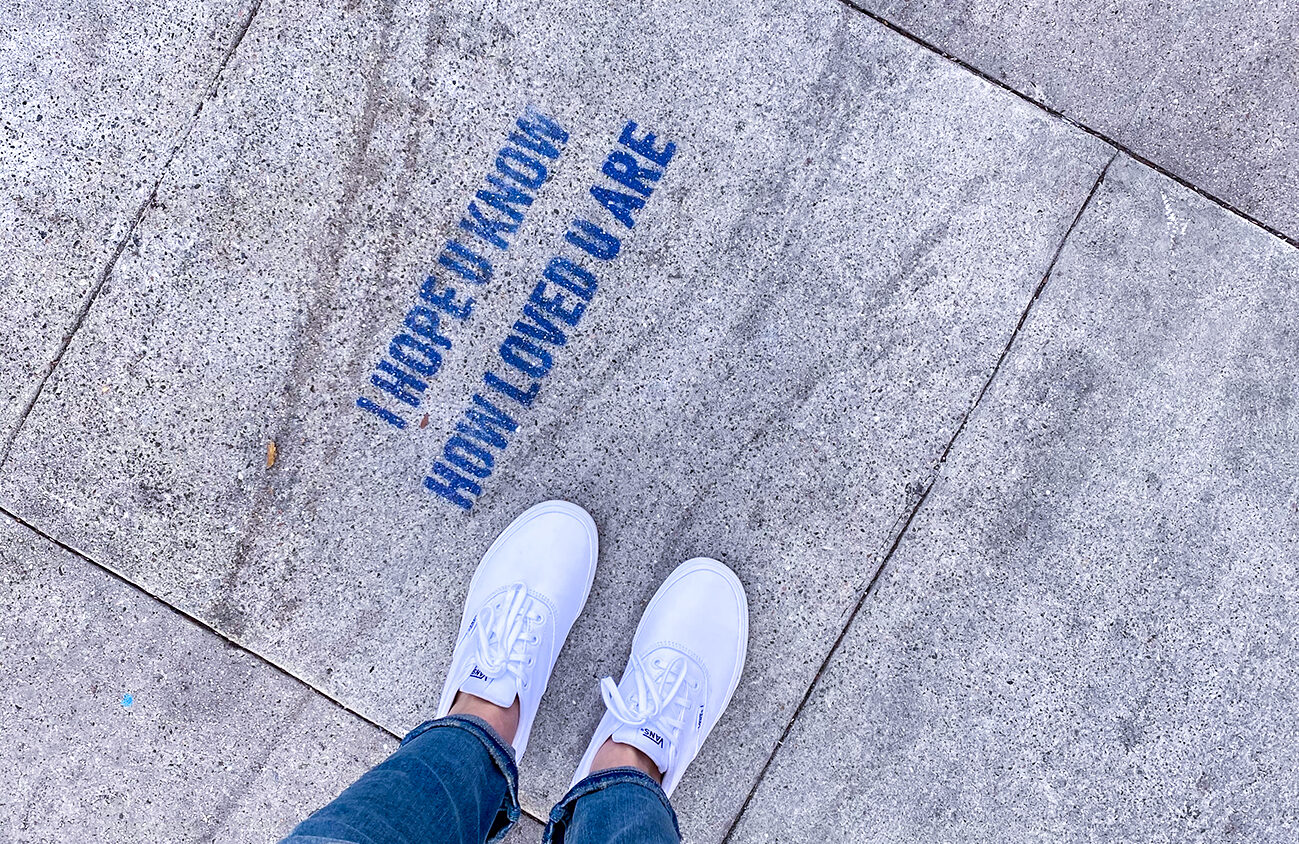